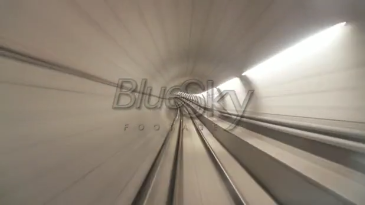 Blue Stock Sky Footage has decades of experience shooting time-lapse sequences and our motto is filming "unique blends of light space and time". We travel to capture time and create awe-inspiring visuals, an infatuation really, and whether it is night skies, sunball, moonrise, to cityscape-landscape, change of season through summer fall and winter, we take great delight in constantly staying at the cutting edge with our time-lapse stock footage, including the use of motion control. We are available to film custom unique time-lapse, at excellent rates to elevate your production to use footage in perpetuity.

We have thousands of dynamic time-lapse video clips, see below!


We integrate the latest and most advanced filming, along with post-production techniques to create footage of incredible detail and raw-beauty. Time lapse is a wonderful effect, showing motion picture made so that when projected a slow action (such as the opening of a flower bud) appears to be speeded up. Timelapse cinematography can create a video of action unfolding over a prolonged period of time. Timelapse is a technique whereby the frequency at which film frames are captured (the frame rate) is much lower than that used to view the sequence. When played at normal speed, time appears to be moving faster and thus lapsing.

The movie The Man With a Movie Camera, (1929) of Dziga Vertov's is an inspiration to us here at Blue Sky Footage, a groundbreaking, highly experimental, unceasingly busy, almost dizzying camerawork and one of the first filmmakers to experiment with frame-rates, manipulating the number of times per second that his camera captured the action in order to distort the speed of certain clips when the film passed through a projector at its usual 24 frames per second. This film although silent, imposes sound on the viewer. The sound is represented visually through images of clattering trams, crowded squares, galloping horses and speeding trains. The manner of shooting and construction through editing represents the visual and auditory rhythms found in the modern city. Vertov uses the camera as an eye to make sense of fragmentary, sensory chaos that is the modern city. This movie continues to inspire us to show action close up, use patterns of repetition and imply visual representation of sound, showing rhythmic visuals.

ZEBU (double time lapse animation) is an extraordinary night-time time-lapse short film by William (Bill) Mitchell (founder of Blue Sky Stock Footage), made in 1987. Although no other special visual effects were added to the film, and it WAS created via one pass through the camera, it was one of the pioneering films that uses a DOUBLE-time-lapse technique. Each frame of film was taken at NIGHT via a long time-lapse ("time-exposure") which created the actual images, AND each frame of film was taken after a period of time from the previous frame, creating the movement of the images. What looks like the sun in some shots is actually the moon, over-exposed to allow the capture of the much-dimmer stars in the sky. Longer exposures for each frame can make a night-time shot look like a day-time shot, except that you can still see stars moving in the sky. Although these two-combined time-lapse techniques have been done many times since then, ZEBU was one of the first films to do this, and thus has some considerable historical, educational, and archival value. In the end credits is Hoyt Yeatman, who made the equally extraordinary short film, "Canned Performance", and he also filmed the shots of the Mothership in Spielberg's CLOSE ENCOUNTERS movie, and has worked on visual EFX for many other movies.

As Vertov, in Man with Camera, Mitchell too enjoys experimented wildly with his camera, strapping it to bicycles and to cars, using multiple exposure, time lapse photography, and making the camera an obvious participant in what is being filmed.

Shots 1-40 of total of 4338 in Time-lapse. Hover to play, click for details or add to Clips Bin. Refine search, click on subcategories or filters.